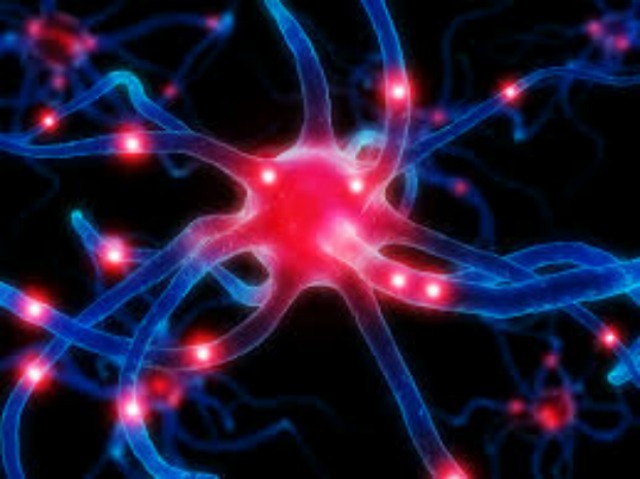 With the publication of Professor Geoff Raisman’s spectacular achievement in repairing  the damaged spinal cord of a Polish knife attack victim in the journal Cell Transplantation, we are witnessing a paradigm shift of biblical proportions in the field of spinal cord repair – for the first time stem cell therapy has exceeded expectations. Humanity is on the verge of great advances in the understanding and repair of neurological disasters.

This week marks a significant milestone in our journey from the first bone marrow (stem cell) transplant to treat Leukaemia in 1956 (earning the Nobel Prize for Dr. Thomas and J.E. Murray in 1990) to Professor Raisman’s publication in 1969 on the ‘Plasticity of Nerve Cells’.

In just 10 years the possibility of neural regeneration has revolutionised our understanding of neural physiology and repair.

It all began when the canary (long used to warn coal miners of dangerous gasses in the mines) was found to grow 500,000 new neural cells in the process of learning a new song each spring time (it’s amazing what is done for love!!)

A few years later an inspired researcher did MRI brain studies on London Taxi drivers learning maps of London (known as ‘The Knowledge’). A repeat MRI nine months later showed that the hippocampus had grown in size by 14%.

Another study found that when rats learned to navigate a new maze, after only 5 trials they developed more than 20,000 new brain cells. The control group of rats that just ran around a ring for the same time showed no increase in brain cells.

So the brain can and does grow when stimulated. Professor Raisman’s research was the subject of an excellent cover story in the Sunday Times supplement circa 2007. I am personally pleased that I used his research findings and hypotheses in my presentations to the European Anti-ageing Conference on ‘The Potential of Stem Cell Therapy’ in Athens in 2007 and in Paris the following year.

In summary, the stem cell promise has been vindicated.

See below for comprehensive coverage of this exciting medical development from the ever-brilliant BBC.

A paralysed man has been able to walk again after a pioneering therapy that involved transplanting cells from his nasal cavity into his spinal cord.

Darek Fidyka, who was paralysed from the chest down in a knife attack in 2010, can now walk using a frame.

The treatment, a world first, was carried out by surgeons in Poland in collaboration with scientists in London.

Details of the research are published in the journal Cell Transplantation.

BBC One’s Panorama programme had unique access to the project and spent a year charting the patient’s rehabilitation.

Darek Fidyka, 40, from Poland, was paralysed after being stabbed repeatedly in the back in the 2010 attack.

He said walking again – with the support of a frame – was “an incredible feeling”, adding: “When you can’t feel almost half your body, you are helpless, but when it starts coming back it’s like you were born again.”

He said what had been achieved was “more impressive than man walking on the moon”.

OECs act as pathway cells that enable nerve fibres in the olfactory system to be continually renewed.

In the first of two operations, surgeons removed one of the patient’s olfactory bulbs and grew the cells in culture.

Two weeks later they transplanted the OECs into the spinal cord, which had been cut through in the knife attack apart from a thin strip of scar tissue on the right. They had just a drop of material to work with – about 500,000 cells.

About 100 micro-injections of OECs were made above and below the injury.

Four thin strips of nerve tissue were taken from the patient’s ankle and placed across an 8mm (0.3in) gap on the left side of the cord.

The scientists believe the OECs provided a pathway to enable fibres above and below the injury to reconnect, using the nerve grafts to bridge the gap in the cord.

How the injury was treated

3) Four strips of nerve tissue were placed across an 8mm gap in the spinal cord. The scientists believe the OECs acted as a pathway to stimulate the spinal cord cells to regenerate, using the nerve grafts as a bridge to cross the severed cord

Before the treatment, Mr Fidyka had been paralysed for nearly two years and had shown no sign of recovery despite many months of intensive physiotherapy.

This programme of exercise – five hours per day, five days a week – has continued after the transplant at the Akson Neuro-Rehabilitation Center in Wroclaw.

Mr Fidyka first noticed that the treatment had been successful after about three months, when his left thigh began putting on muscle.

Six months after surgery, Mr Fidyka was able to take his first tentative steps along parallel bars, using leg braces and the support of a physiotherapist.

Two years after the treatment, he can now walk outside the rehabilitation centre using a frame.

He has also recovered some bladder and bowel sensation and sexual function.

Dr Pawel Tabakow, consultant neurosurgeon at Wroclaw University Hospital, who led the Polish research team, said: “It’s amazing to see how regeneration of the spinal cord, something that was thought impossible for many years, is becoming a reality.”

Mr Fidyka still tires quickly when walking, but said: “I think it’s realistic that one day I will become independent.

“What I have learned is that you must never give up but keep fighting, because some door will open in life.”

UKSCF was set up in 2007 to speed up progress of promising stem cell research – the charity has to date contributed ￡2.5m

NSIF was set up by chef David Nicholls after his son Daniel was paralysed from the arms down in a swimming accident in 2003.

To date the charity has given £1m to fund the research in London and a further £240,000 for the work in Poland.

A key difference with Mr Fidyka was that the scientists were able use the patient’s olfactory bulb, which is the richest source of olfactory ensheathing cells.

This meant there was no danger of rejection, so no need for immunosuppressive drugs used in conventional transplants.

Most of the repair of Mr Fidyka’s spinal cord was done on the left side, where there was an 8mm gap.

He has since regained muscle mass and movement mostly on that side.

Scientists believe this is evidence that the recovery is due to regeneration, as signals from the brain controlling muscles in the left leg travel down the left side of the spinal cord.

MRI scans suggest that the gap in the cord has closed up following the treatment.

None of those involved in the research want to profit from it.

Prof Geoff Raisman said: “It would be my proudest boast if I could say that no patient had had to pay one penny for any of the information we have found.”

NSIF said if there were any patents arising, it would acquire them so as to make the technique freely available.

The sense of smell and spinal repair

The complex neural circuitry responsible for our sense of smell is the only part of the nervous system that regenerates throughout adult life.

It is this ability that scientists have tried to exploit in stimulating repair in the spinal cord.

Every time we breathe, molecules carrying different odours in the air come into contact with nerve cells in the nose.

These transmit messages to our olfactory bulbs – at the very top of the nasal cavity, sitting at the base of the brain.

The nerve cells are being continually damaged and must be replaced.

This process of regeneration is made possible by olfactory ensheathing cells (OECs), which provide a pathway for the fibres to grow back.

Mr Nicholls said: “When Dan had his accident I made him a promise that, one day, he would walk again. I set up the charity to raise funds purely for research into repairing the spinal cord. The results with Darek show we are making significant progress towards that goal.”

Prof Wagih El Masri said: “Although the clinical neurological recovery is to date modest, this intervention has resulted in findings of compelling scientific significance.”

The consultant spinal injuries surgeon, who has treated thousands of patients in the UK, added: “I have waited 40 years for something like this.”

All those involved in the research are keen not to raise false hopes in patients and stress that the success will need to be repeated to show definitively whether it can stimulate spinal cord regeneration.

The scientists hope to treat another 10 patients, in Poland and Britain over the coming years, although that will depend on the research receiving funding.

Dr Tabakow said: “Our team in Poland would be prepared to consider patients from anywhere in the world who are suitable for this therapy. They are likely to have had a knife wound injury where the spinal cord has been cleanly severed.

Sir Richard Sykes, chair of the UK Stem Cell Foundation, said: “The first patient is an inspirational and important step, which brings years of laboratory research towards the clinical testbed.”

Prof Raisman has spent more than 40 years studying how to repair the spinal cord.

In animal studies he showed that OECs injected into the rat spinal cord could reverse paralysis.

In 2005, Prof Raisman was approached by a Polish neurosurgeon who had begun researching how to apply the technique in humans.

Dr Tabakow carried out an initial trial involving three paralysed patients who each had a small amount of OECs injected in their damaged spinal cords.

While none showed any significant improvement, the main purpose of the study was achieved, showing that the treatment was safe.